An interesting topic here: I have traveled almost all around Chile, lived here for almost 7 months. And never ever had any flight, or visited any airport in Chile. Let’s see how 🙂

It all started 7 years ago. In 2010, I backpacked South America for a whole 1 year. My route was roughly: Brazil – Uruguay – Argentina – Chile – Paraguay – Bolivia – Peru – Colombia. Of course with lots of entry and exit to each country. I did this whole trip traveling by land for 35.000+ kilometres. I had only taken two flights within the continent, to fly into Amazons in Peru, and to fly out of Amazons in Colombia. That’s it.

After entering Chile from the very south, I traveled north. Well, given the geographical shape of the country, you don’t have much option. You travel south or north; there’s almost no east and west 🙂 From Punta Arenas, I made my way to Puerto Natales to visit world famous national park of Torres del Paine. Doing several in and outs to Argentina, with lots of entry and exit stamps of both countries on my passport, I came to Chiloe, which is another beautiful part of Chile, that is a unique island.

From there I went to Pucon, which is another touristy spot in Chile, famous for its beautiful nature, adventure sports facilities and volcanos around. And then finally went to Valparaiso by the coast and then to Santiago, the capital of Chile. Later on went back all the way to Buenos Aires, spent quite a while in various other parts of Argentina, Paraguay and a bit of Brazil until I entered Chile once again, this time from the north. I visited San Pedro de Atacama, the endless desert area of the country, and from there made my way by a 4X4 trip to Salar de Uyuni in Bolivia.

This trip in Chile was roughly the ‘backpackers route’ or so called the gringo trail for Chile. For those who are not familiar with the terminology; gringo (or gringa for women) technically stands for North Americans in Latin American world, but in practice applies to any non-Latin-American person visiting the continent for purposes of tourism. So, on gringo-trail, you see lots of other gringos basically. This was a trip of more than a month, with several thousands of kilometres only in Chile visiting most important parts of the country.

From the end of 2010 till the end of 2016, I could never made my way back to the continent. Until in November 2016, I took a cruise ship from Barcelona, crossed the Atlantic and arrived in Buenos Aires in almost 3 weeks time. That was a journey of a lifetime, which I will mention in detail in another post. From Buenos Aires, I took a bus (actually with a transit to another bus in Mendoza) which brought me to Santiago in more than 24 hours time. And yeah, back to Chile!!! This time to live, not simply to travel.

So, from the end of December 2016 till July 2017 (when this post has been written), I’ve been living in Chile. It’s been almost 7 months in the county, and during this time I’ve seen some other parts which I haven’t seen before. I’ve been to several places around Santiago, Vina del Mar, San Fernando, Pomaire and all the way south to Villarica, Licanray, Conaripe, Osorno, Purranque, Frutillar till Puerto Montt, where Ruta5, which is the main north to south highway of Chile finishes in the mainland and continues to Chiloe Island.

From there I took the Ruta7, where the Carretera Austral begins. From from this point on, there is less civilisation but lots and lots of beautiful nature. The conditions are tough, it’s way more difficult to travel. What I realised in Carretera Austral is that; there are more Chilean travelers than foreigners, whereas in the destinations I mentioned above in the gringo trail, there are more foreigners (so called gringos). I relate it with being less accessible and with less infrastructure of tourism in this area. But this doesn’t mean that it’s less interesting. Pumalin National Park in Carretera Austral had some of the most beautiful landscapes I’ve ever seen. From there all the way to Chalten, and finally the border town of Futaleufu, before crossing to Argentina.

So, this is more or less the best places to visit in Chile. As of now, having traveled and lived in Chile for more than 8 months in total, I’ve been able to visit them all by land transport. I have 7 entry and 6 exit stamps for Chile in my two passports (as of the date this article was written). And yet, never been to any Chilean airport 🙂

Well, Chile has a lot to offer and still some places are on my list. I want to travel more in Carretera Austral, visit some more towns by the ocean coastline, and see Iquique and Arica as well. Easter Island is also on my list, which technically is impossible to reach by land as it’s located in the middle of the ocean. 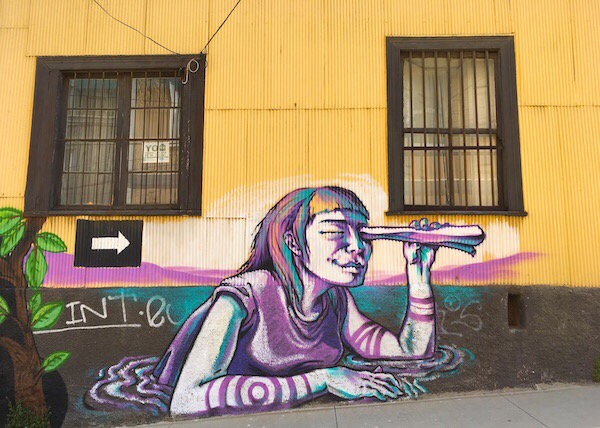 Traveling in Chile included all other means of transport than flying, such as long bus rides, hitchhiking, driving a rental car and taking ferries. I wrote this article not to be proud of not flying in Chile or something like that. It’s just that as a traveler and frequent flier (who normally does around 50 flights a year), I found it an interesting detail not being to any airport in the country in such a long time and wanted to share this with you.

However, this fact will change in the coming days, as I will visit Santiago Airport for the first time and be flying from Chile to fly half way around the world to…?